1. What are the biggest challenges that face today’s competition pushrod maker?

“Racers seeking to exploit every tiny advantage tend to select lighter and lighter weight oils, many of which are impaired or even deficient in lubricity at high loads and high revs. Also, installing pushrods positioned between lifters and rockers with contact surfaces rougher than 1Ra expose the pushrod ends to severe abrasion. For example, a rocker arm adjuster ball with a rough, hard contact surface can act like a file. Plainly, it’s prudent for the engine builder to inquire about the surface finishes of the parts that operate in conjunction with the pushrods. “Another factor that leads to premature failure occurs when pushrod balls are bound in tight cups. It’s imperative they have sufficient operating clearance. A further problem arises when you set the ball end of pushrod in a V-cup. The V-cup presents a very narrow contact seat which significantly increases the loading on the pushrod ball end. If its seat is heat treated to a very hard condition, it will eventually pound its V-shape into the pushrod ball. Much more desirable is to set the pushrod ball end in a radius cup and reduce the point loadings.

“Recently, I was reminded by Jon Kaase, the race engine builder, of the severe environment in which the pushrod operates. ‘Assume,’ he said, ‘you have an open spring pressure of 1,400lb and a rocker ratio of 1.9:1, therefore, the loading on the pushrod equates to around 2,660lbs. This is then transmitted through the tiny area of the pushrod ball. If the surface area of a V-cup is 100th of a sq. in., the loading could be somewhere around 300,000psi!’

“In addition to these loadings, increased rocker ratios and engine revs further increase surface speeds on the ball ends.”

2. How long do pushrods last in racing engines?

“In Sprint Cup, the top teams might use them only once or twice and then switch them to their Busch Series engines. Other Cup teams will run them much longer. In NHRA Pro Stock, most of the teams will run them until they show signs of wear. The same is true in Top Fuel and Funny Car, except those pushrods might show signs of discoloration on their ends instead of wear. If they begin to turn blue from excessive heat, it’s time to replace them. In short track oval racing, engine builders will use the same pushrods for several seasons—often six to eight thousand laps—providing they are not bent and show no signs of wear.” 3. What percentage of your pushrod business is racing?

“Probably ninety percent of our production is devoted to racing. But Trend also produces piston pins and tool steel flat tappets for racing, particularly NASCAR. About one half of our valve train production serves professional race teams; the other half is dedicated to the weekend racers and to the high-performance street users.”

4. Do you make single-piece or three-piece pushrods?

“Trend doesn’t make three piece pushrods, but we do manufacture two-piece. These allow the engine builders to cut the pushrods to length and install the tips as required. Our tips are pressed into the pushrod using a hydraulic press and an installation tool.

But a few years ago, when we introduced a Quickship program, we discovered most engine builders preferred one-piece pushrods. These were finished to size and length—they required no more work—and they’re shipped within 24 hours.” 5. From which materials do you manufacture pushrods?

“The biggest proportion is made from chrome molybdenum, a type of alloy steel known as 4130. This material possesses an excellent strength-to-weight ratio and is considerably stronger and harder than standard 1020 steel. Sprint Cup engines use it as do much of Pro Stock and Pro Mod. In contrast, Top Fuel and Funny Car teams use H13 tool steel in solid bar form. The 4130 pushrods are produced from thick-wall tubing. Their hollow center passage is pressurized by oil destined to lubricate the rocker adjuster.”

6. What do you consider the biggest recent failures in valve train?

“As long as racing engines continue to produce more power, failures will soon follow. But failure isn’t too concerning—as long as you learn from it. The most recent troubles we encountered derived from galling in the top cup of Pro Stock pushrods, which we overcame by introducing a bronze insert. When similar troubles afflicted ball-ball pushrods, we succeeded in eradicating it by replacing the top ball with one made of a special self-lubricating tool steel.” 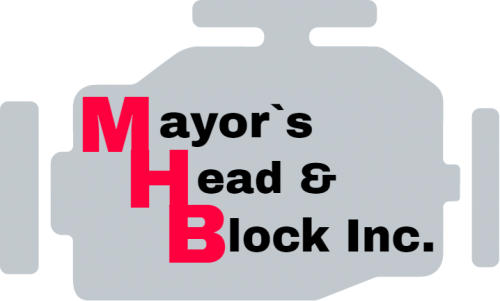